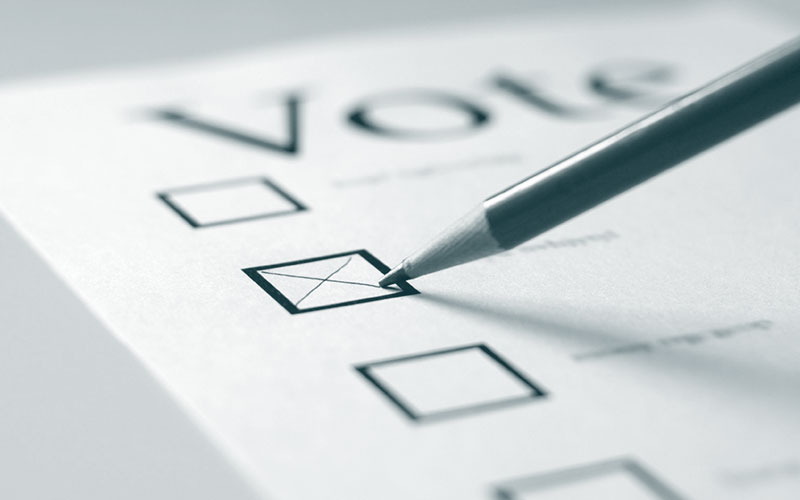 28 Jun Voting at AGMs: How does it work?

Posted at 05:27h in Property by cozan

For updated information on this topic, read ‘5 Things you must know about voting at sectional title AGMs’:

5 Things you must know about voting at sectional title AGMs

Voting at an Annual General Meeting is mostly restricted to the appointment of trustees and is only necessary if more people were nominated than is needed on the board of trustees.
Voting can be conducted in one of the following 3 ways:

1. By show of hands: Each registered owner present, or their appointed proxy, may raise their hands. Each hand represents one section unless a single owner owns more than one section in the scheme. The majority hands shown for a particular trustee nominee is then accepted as nominated;

2. Secret ballot: Each registered owner present, or their appointed proxy, will receive a ballot with the names of the candidates nominated. A mark must be made next to each person the owner wants to nominate. An owner does not have to vote for the same number of people as decided on by the members at the meeting, i.e. if 5 trustees need to be appointed, an owner can choose to only vote for 4 people on the voting ballot. An owner that owns more than one section will have one vote for each section owned;

3. By PQ (participation quota): An owner present at the AGM may request that a vote is taken by value. This means that each vote must be calculated by considering the participation quota value of a section instead of defaulting to one vote per section. This type of voting is especially significant where the sizes of sections vary. An owner who owns more than one section will have an advantage over an owner who only owns only one section.

For options 1 and 2, each owner is assigned one vote of equal weighting. Option 3 assigns each owner a vote weighted to the size of their section.

An owner who is in arrears with his levies may not vote at an Annual General Meeting if a Court order or adjudication order has been issued against them; however, they are allowed to vote at a special general meeting.

Other blogs in this series include: